3d printing has undergone a lot of changes in recent years, especially in the quality of raw material used. More so, they enjoy the ease and cost-effective method of using flexible thermoplastic materials like TPU filament. Irrespective of their brand names, thermoplastics melt rather than burn, and this quality makes it the perfect material for 3D Printing.

TPU(Thermoplastic polyurethane) is largely preferred for production use due to its flexible hybrid nature – a perfect balance between plastic and rubber. It’s, therefore, no surprise that we aim to introduce and explore the benefits and features of Thermoplastic Polyurethane.

Getting excited to explore this innovative 3d filament? Well, hold on as we take you through a brief introduction on Thermoplastics.

TPU belongs to a class of polyurethane plastics with various properties such as resistance to grease and oil, elasticity, transparency, and even resistance to abrasion.

Basically, TPU is a thermoplastic with rubber-like attributes – you can stretch this material to twice its original length without causing deformation in its structure. As a successor to Thermoplastic elastomers (TPE), the TPU is harder with a shore hardness greater than 85A.

Yes, the TPU has a shore hardness of 95A, which makes it very easy for 3D extruder machines to work with. No doubt, this filament is a perfect blend of elasticity, flexibility, and elasticity. Today, this 3D filament is utilized to produce caster wheels, medical equipment, footwear, inflatable rafts, and sporting goods.

Still searching for more reasons why you need to make the transition to TPU for your 3D Printing. Here are a few comparison points to get you ready! 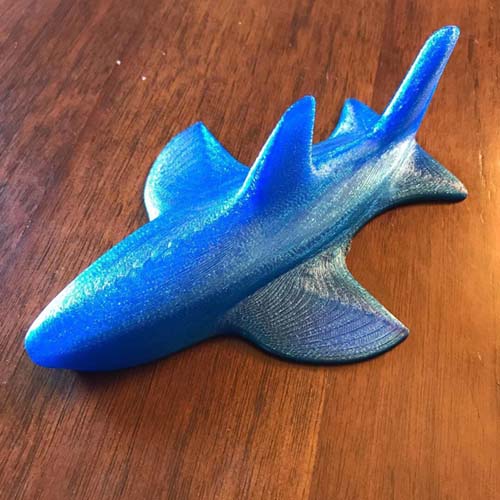 Why TPU is Preferred over Other 3d Materials

TPU is extremely flexible, and this is a major problem for most 3D extruders. It’s common for TPE filaments to contract within the tube when pushed by the extruder.

This, no doubt, reduces the efficiency and productivity of 3D printers. Also, during printing with TPU, there’s minimal warping and shrinkage. With TPU, you get a more detailed and polished texture than TPE. More so, just like PLA filament, you don’t need an n heated bed.

Mind you, a standard temperature between 200 – 220 degrees is required for the extrusion. What’s more? Let’s take a look at the list of features to properly understand why it’s preferred above other flexible filaments.

TPU Features At a Glance 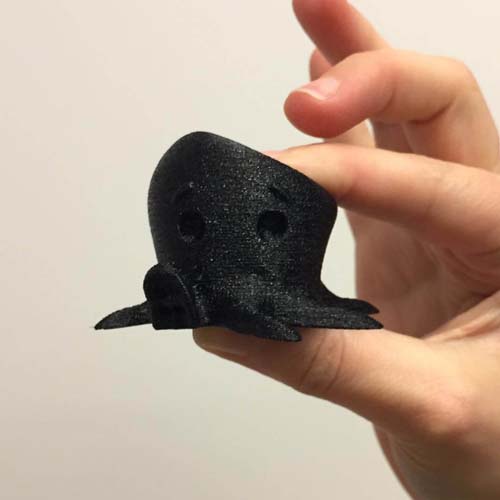 No doubt, this 3D filament materials stands on a different niche when compared to not only other materials but also to filaments. However, the TPU filament is not infallible.

Rather, it comes with a various set of limitations which you need to understand before using it. Despite TPU’s brimming possibilities, there are lots of challenges when printing with this material.

For instance, not all 3D printers are equipped to handle flexible materials like TPU. More so, 3D printers with Bowden extruders are often incompatible with this material. In addition to this, TPU has poor bridging features. Therefore, it creates prints with stringing and multiple blobs.

No doubt, you will have to tweak your 3D printer to find the “right balance” between printing speed, printing temperature, and retraction speed in order to get a quality print. Lastly, you can’t polish or smoothen your TPU final product after 3D Printing.

Unlike PLA filament and other rigid materials, TPU doesn’t dissolve in acetone, which is a good polishing agent.

Limitations At a Glance

Congrats on getting to this stage! At this point, you’re familiar with the strength and weakness of this flexible material along with its comparison to other printing materials. For the next section, we’ll take an in-depth look at the best ways to get maximum quality from your TPU printing material.

Tips to Get Optimum Quality and Performance from TPU

Since you’re now aware of the challenges of using TPU material, here are the ways to avoid them to get optimum quality.

Why? The direct drive extruder shortens the gap between the melt zone and the drive gear in a bid to efficiently feed the filament into the nozzle.

Furthermore, it has a narrow pathway that prevents the filament from coiling or retracting – how awesome is that? Mind you, always check your 3D printer’s compatibility with TPU, before using it. 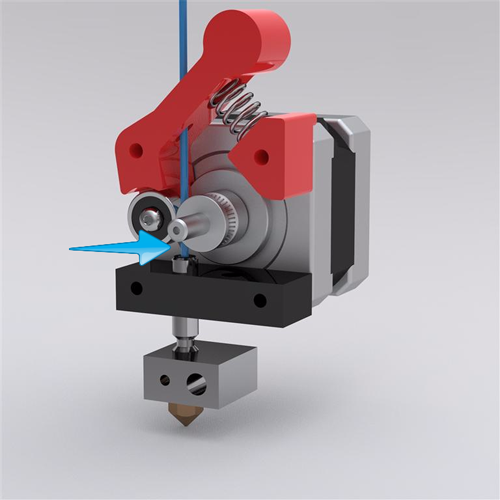 2. Always Use a Consistent Feed Rate

Irrespective of the type of intruder, always use a slow consistent feed rate when using TPU filament. This is due to the elastic nature of flexible filament and its uncontrollable nature when you change printing speed.

Increased printing speed can lead to compression and jamming of filaments. Therefore, it’s advisable to take start with a printing speed of 30 mm/s. To achieve this via this material, starting printing at lower heights between the range of 0.1 – 0.2mm.

Printing at a lower height requires less plastic usage. Hence, it eases the burden on the filament.

3. Proper Placement of the Spool is Important!

Right now, this is not about your extruder or 3D printer specifics. This time around, it’s about making the right adjustment to your material spool. Basically, the extruder unwinds the material spool by pulling the filament through the nozzle.

When dealing with flexible filaments like TPU, however, there’s a possibility that the filament will get stretched out as it’s being pulled into the nozzle. To avoid this, place the material spool above the printer to reduce the friction/resistance and possibility of stretching out the filament.

More so, mount the spool on a bearing that allows it to spin freely.

Due to your TPU’s elastic nature, it’s sensitive to quick motions such as retractions. Retractions are a basic mechanism in TPU filament 3D printers that prevents the melted filament from oozing out of the nozzle.

By pulling the melted filament backward, you don’t have to worry about errors such as blobs on your printed objects. Although this is a great feature for printing with rigid filaments like PLA, this can be quite a challenge when used with flexible filaments.

Go to the process settings on your 3D printer and make the change. Disabling the retraction settings enables you o focus on getting the right extrusion and speed rate.

Once satisfied with the extrusion and speed rate, you can now focus on adding a little retraction. For example, 3D printers like Simply3D, allows you to automatically decrease the pressure level at the end of a printing segment to reduce stringing and blobs.

Lastly, print a skirt. For TPU filaments, you don’t need a raft (a disposable horizontal surface on which you print 3D object), since TPU filaments don’t warp. However, it’s wise to build a skirt – a piece of looped material around the printed material, to check the flow of the melted filament. 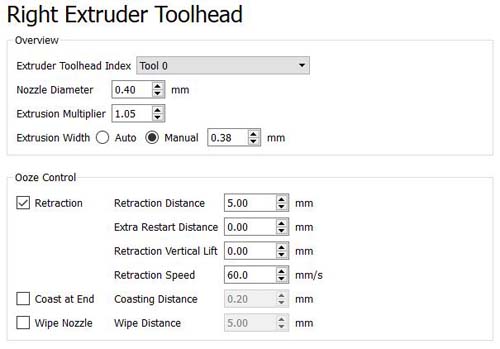 Here’s the most versatile and common piece of technology used for 3D printing. It utilizes thermoplastic filaments by moving them through a moving extruder head to create the right 3D shape in tandem with the programmed design pattern.

With this technology, the speed and direction of the extruder can be controlled into two dimensions:

The machine operates with such ease that the head can be controlled in these directions to form an uninterrupted plane without any dribbling or stringing. Hence, 3D printing with TPU filament via this technology is less expensive and faster.

SLS is mainly used for printing 3D objects with TPU powder. It selectively melts and fuses the powdered material to create the desired shape. No doubt, this piece of technology is of great importance in creating functional components with mechanical properties.

More so, it has no support structure. Therefore, there are no restrictions and removal marks on the printed object. In this article, however, we will not focus on this technology since it’s not applicable for TPU filaments.

According to a new update, New Balance, a giant spoetwrar/footwear company is creating 3D printed running soles with TPU flexible filament. Due to the filament’s elasticity and durability, the company was able to increase the effectiveness of their products.

In fact, thanks to a new class of TPU materials with more impact absorption, a lot of companies have joined the bandwagon of using this product. Adidas, another giant sportswear company, utilizes TPU pellets to create a cushioning effect in some of their footwear products.

TPU is also utilized in the production of accessories such as smartphone cases and other accessories. In addition to this, it is common to see manufacturers using this material for cable and wire jacketing, and as a modifier of some polymers.

3D printing is fast gaining acceptance and credence in the Healthcare industry. For instance, TPU materials are now used to create 3D orthopedic models to depict bone and body structure and function.

More so, the combined use of Computer Generated Design (CAD), 3D printing, and radiography has enabled the creation of inert customized implants in the human body.

What’s more? TPU materials are used to highly detailed body parts such as the organs with all the accompanying blood vessels and arteries. Since thermoplastic biopolymers such as TPU are biologically inert materials, scientists can use them to replace certain components in the body.

Here’s one industry where TPU’s resistance to grease and oil comes into play. Due to its high resistance to the aforementioned components, TPU is great for producing tubes, seals, and gaskets.

This vehicle was made up of over a hundred parts, and the filaments include TPU and other polymers.

Unsurprisingly, TPU and other thermoplastic polymers are transforming the construction industry. Since these polymers are cost-effective and easy to use, building firms now use large 3D printers to produce both small and large models of building. In a recent news update, a Chinese firm was able to construct 10 houses in just 24 hours by spraying quick cement on these polymers.

3D Printing is fast becoming the norm in a plethora of industries, and it’s important to consider the importance of TPU filaments in it. Despite its flaws, these flexible thermoplastic offer a wide range of possibilities for your printing needs.

Want to join the discussion?
Feel free to contribute!