TPU Filament: These Things You should Know

You are here: Home / Blog / 3d filament / TPU Filament: These Things You should Know

There are several important factors we can’t do without when it comes to appliances, machines or automobiles. As a fuel is to a car, a filament is to a 3D printer. It is one of the most important components in a 3D printer. You cannot produce any object without a functioning filament.

However, there are different types of 3D printing filaments and you have to choose the one that is well-suited for whatever object you want to produce. We have ABS, PLA, PVA, TPU, TPE and many more.

This article is an essential guide to boost your knowledge of TPU filaments and also help your decision in choosing the one that is best for you. 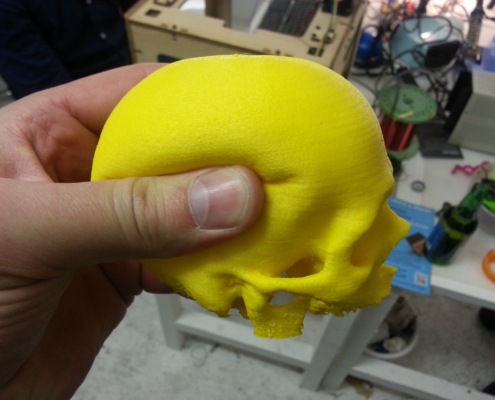 What is TPU filament?

For a better understanding of this filament, it is important to know what TPU stands for, it means Thermoplastic Polyurethane. This belongs to a group of plastics with some essential and amazing qualities. These properties include elasticity, transparency, flexibility, abrasion, a strong resistance to oil and many more.

TPU is a 3D printing filament that won’t give you any problem when it comes to maintenance. It can be easily maintained by making use of mild soap to clean after use. However, it should be stored properly in a cool and airtight container. In order to ensure that this printing material stays dry, you have to put a desiccant in the container. Storing it in this way makes your Filament readily available.

This is a printing material that never rubs off or wears away due to friction and this is a result of its high resistance to abrasion. TPU doesn’t wear off easily.

ABS and PLA are very common and standard filament materials very useful in 3D printing. However, their flexibility is not enough to work with bending prototypes. TPU can perform efficiently with bending prototypes because it has the ability to bend easily without twisting, distorting the design or its original shape. 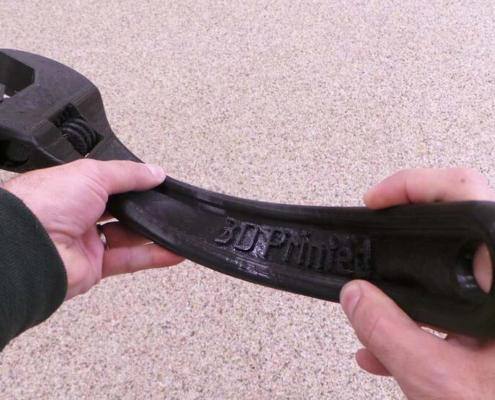 TPU filaments are better than Polyvinylidene Fluoride (PVDF) in preparing porous meshes that are more elastic, structurally stable, and retain effective porosity under mechanical pressures. We can say, TPU mesh is more biocompatible than its counterparts.

Elasticity is the ability of a material (plastic) to be stretched. Every plastic has an elastic limit, the point at which when passed cannot attain its original shape again. TPU is a very elastic material with a considerable elastic point. It has a rubber-like elasticity which makes it more outstanding than its counterparts- ABS and PLA.

The first major property that makes TPU filaments very useful is its strength. TPU is a very strong printing filament. It doesn’t easily cut. It has the capability to withstand pressure and low temperature. Unlike other types of printing filaments, TPU can be easily handled and worked with. Also, it is essential to mention that TPU is not very safe around food or children, therefore, it should be properly stored in a safe and secure place.

Another property possessed by TPU is that it doesn’t warp easily. This makes its workability very easy and smooth. The size of a TPU filament is either 1.75 or 3mm depending on what fits your 3D-printer. It also has a high resistance to wearing or rub off which gives its long-lasting property. It should also be kept and stored properly although it is water-resistant.

Also, TPU filament has the ability to bend or stretch without losing its original shape. It doesn’t shrink easily like some other printing filaments. All these notable features make it a better option for 3D printing.

TPE (Thermoplastic Elastomer) is also a flexible printing filament like TPU. In fact, TPU is like a sub-class of TPE but this doesn’t mean they are the same.

Although they have a few similar properties such as TPU and TPE 3D printing filaments are safe to use. They are both non-toxic materials but they should be kept away from food. They don’t wear away easily which means they are very durable printing materials.

Both filaments can print objects that should bend or stretch. They are both flexible filaments. They have a printing temperature of between 210°C to 240°C as well as a heated bed of between 20-70°. They are soft in nature. These two filaments- TPE and TPU, though they are similar in some ways, they also have differences.

Also, if you want a strong, flexible and durable part, it is advisable to make use of TPU but make use of TPE when you want a softer part. TPU has a finer and more polished texture than TPE. With all the few things mentioned above about TPU and TPE filaments, it is obvious that they are both good printing filaments but TPU is a more preferable option.

On a final note, a lot of important factors have been discussed above about TPU printing filaments and the properties that make it a better choice when it comes to 3D printing. Although the other filaments are also useful, TPU filament gives you a smooth experience when 3D printing.

Want to join the discussion?
Feel free to contribute!